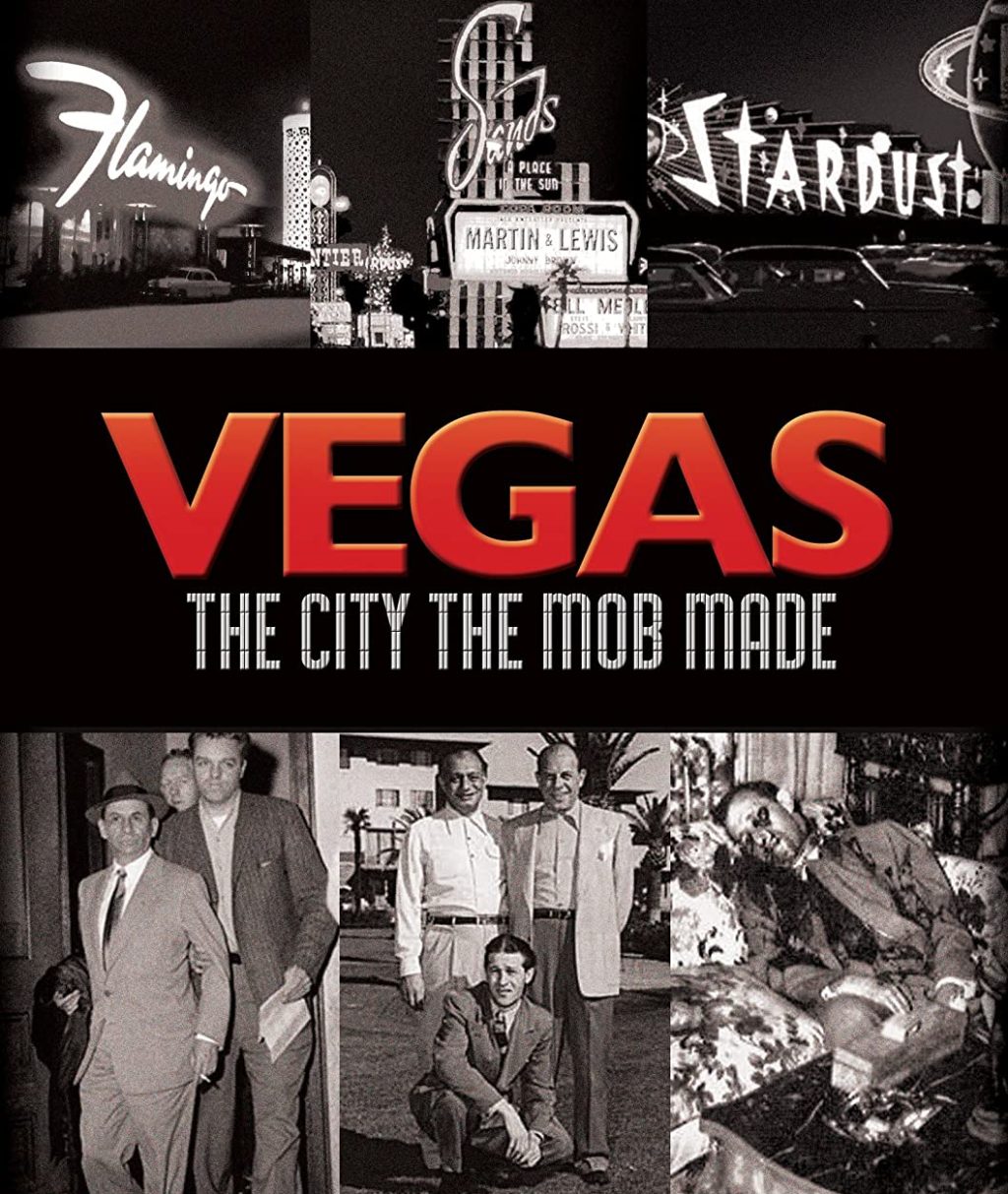 I have written several articles on postings related to politics. A list of links have been provided at bottom of this article for your convenience. This article will, however address different aspects on these political events.

I know the mob was supposed to leave Las Vegas in the 1980’s. However, you can’t make me believe that they would leave willingly or by force from Las Vegas. We are talking about hundreds of millions of dollars in profit in the 1980’s which translates into billions of dollars of profit into today’s money. It seems to me that they would move heaven and earth to keep there claws in “Sin City”, I know I would. I posted a comment a few weeks ago, if you wanted to see the mob start rioting in Las Vegas, and see how quickly they come out to protect their investments. To survive, the mob has had to become legitimate. They have developed protective layers of businesses to cover up their more seedy sources of income. The days of shoot-outs between mob families is long gone. They simply raised too much publicity.

I will provide a little history of the mob’s activities in Las Vegas. Information provided by the article “Las Vegas Mob—the Beginning and End” by Elizabeth Crane.

What few people know is that one of the real pushers for development of the Las Vegas Valley into a tourist destination is Bugsy Siegal, one of the most famous American mobsters of them all. He had ties to the Geovese Crime family who based themselves in New York City. Without this man Las Vegas would probably not be the tourist hot bed that it is nowadays.

Frank Rosenthal is another one of the famous Las Vegas Mob members. He even has a movie based after him about his time in the city. Much of his time in the city was spent running a number of Casinos which were owned by the Chicago Mafia. This was quickly put a stop to near the end of the 70s when he was denied a license to continue running them.

Frank Rosenthal was the subject of an assassination attempt in Las Vegas when somebody had placed a bomb in his car; he was able to escape however. He was finally forced to leave Las Vegas when law enforcement began cracking down on people known to have ties to organized crime. The last house he lived in can still be viewed in the area.

The Chicago Outfit and the Mob in Las Vegas

Much of Vegas was controlled by the famous Mafia family; the Chicago Outfit, part of the group that Frank Rosenthal belonged to. They first become known on the Las Vegas scene in 1931 when John Roselli took control of their operations there. During his time the Chicago Outfit built up their casino empire which was raking in substantial amounts of profits, both through the use of traditional gambling activities as well as the introduction of sports betting.

Donald Angelini was the final enforcer in Las Vegas hired to try to protect the mobs illegal gambling profits. It wasn’t to be though after the law enforcement clamped down on their ways of obtaining money. They finally lost their grip in 1993.

“Skimming” from the Casinos

Much of the profit of the mob came from “skimming.” This basically means that they illegally took gambling profits in order to avoid paying tax. Organized fixing of the games was also common place which allowed them to increase money generated.

It is said that much of the money that was skimmed during the Las Vegas Mob rule was placed into a building known as the “Old Neighborhood Italian American Club” which was founded by Angelo LaPietra. It is also said that this private club also plays host to a number of old-timers from the mob world.

The End of the Mob

Las Vegas Mob rule finally ended once and for all in the 1980s when the city came out with “The Black Book” which barred all people suspected of having ties to organized crime being able to enter any casino within the city.

Federal and local authorities kept an eye on traditional organized crime in the 1990s, but it did not rise to the level of previous decades. In 1997, Blitzstein was murdered in a plot by Buffalo and Los Angeles mobsters to take over his loan-sharking operation. At the time, although not on the day of his death, FBI agents had been conducting surveillance of Blitzstein and other mobsters in what was regarded as the last big racketeering investigation of the Mafia in Las Vegas. Two years after Blitzstein’s death, Goodman took a new career path and was elected mayor of Las Vegas, where he held office for 12 years. During his tenure, he pushed for the creation of The Mob Museum. After Cullotta got out of federal prison and witness protection, he did his part to keep alive memories of organized crime in Las Vegas. He started a business that provided tours around town of old mob haunts. Law enforcement authorities also changed their priorities. They have taken notice of less colorful but more sophisticated organized criminal groups — those with roots in Asia adept at pulling off casino cheating and marker schemes, and those from Russia and Eastern Europe knowledgeable about financial fraud, credit card and cyber-schemes. Las Vegas and organized crime, it turns out, are still inseparable. Green puts it in terms Bugsy Siegel would appreciate: “Traditional organized crime may be gone, but there will always be organized crime of some kind here, as long as we have gambling and there’s money to be made from it.”

According to the Las Vegas Advisor, the mob could not afford the pay for casinos now. I guess they have forgotten how rich the drug cartels are. They have billions of dollars in revenues from illegal drug trafficking. Do you think the mob doesn’t have resources that are at least the equal to those of the drug cartels? They need some way to launder their money. What better way to do this than by building a billion dollar casino. While it is true that in the 1950’s their income sources were more limited ( teamster pension funds, sex industry, garbage collection, vending machines, gambling). These sources of income pale in comparison to the money that is now available in drug trafficking.

They also bring up the matter of strict regulations for casinos. While this is a valid statement, do you really think that corporate lawyers can’t get around these restrictions and regulations. If we have learned nothing else in this country’s history or in the history of this world, is that money talks. If you have enough money, you can pretty much get anything you want.

The following information was taken from an article By Mafia Today, “Are there still mobsters in Las Vegas?” Some claim that mobsters do still have a hand in most casino-related activities but instead of being hands on in the operations, they have taken a backseat. It is said that rather than actually managing the casinos, they are now running the companies that handle these casinos. Some others say that although their presence is still felt in Nevada, their operations are now limited to loansharking, extortion, and burglary. However, these suppositions are just that, there’s no solid proof that there is any truth to it. There is more solid proof though that these mobsters and the Mafia in general no longer have a foothold in the Las Vegas strip. Most casinos are now managed by large corporations and some foreign investors. And the intensive crackdown implemented by the gaming regulators, Las Vegas casinos and other gambling establishments simply cannot afford some tie up with the mob for fear of being intensely scrutinized and penalized. In 1999 mob attorney turned Mayor Oscar Goodman, a former criminal defense attorney and self-described “mouthpiece for the mob” who spent 35 years defending the nation’s most notorious underworld figures, denied the mob’s existence in Las Vegas. I don’t know about you, but that denial is all the proof I need for the argument that the mob still has ties in Las Vegas. If this was not so, why would he feel like he needed to address this subject?

We have to divorce ourselves from the picture of Don Corleone style mafia activities, when we think of the Mafia. They have levels of legitimate businesses that insulate them from close scrutiny. However, if you dig deep enough you will find dirty money. But you won’t have tommy gun shoot-outs in the streets, with wise guys walking around with pinstripe suits and fat white ties and shiny shoes and hats and don’t forget fat cigars. While, I don’t have any proof to prove my suppositions, common sense and a basic understanding of human nature provides enough proof for me. There is just too much money in Las Vegas. Besides, I don’t feel like risking my life to go under cover to investigate this matter. As always, if I discover more information, I will update this article.

There seems to be a growing trend that I am being vindicated in my articles, after I write them. For the second time, even before I could publish an article on my blog I have gotten confirmation of the truthfulness of my claims. I recently talked to a reliable source with strong ties over the last 30 years to organized crime. This person has confirmed that they never truly left Las Vegas. They still have ties to most of the major casinos. They may not be easily visible or involved in the every day management of them, they still have ties.