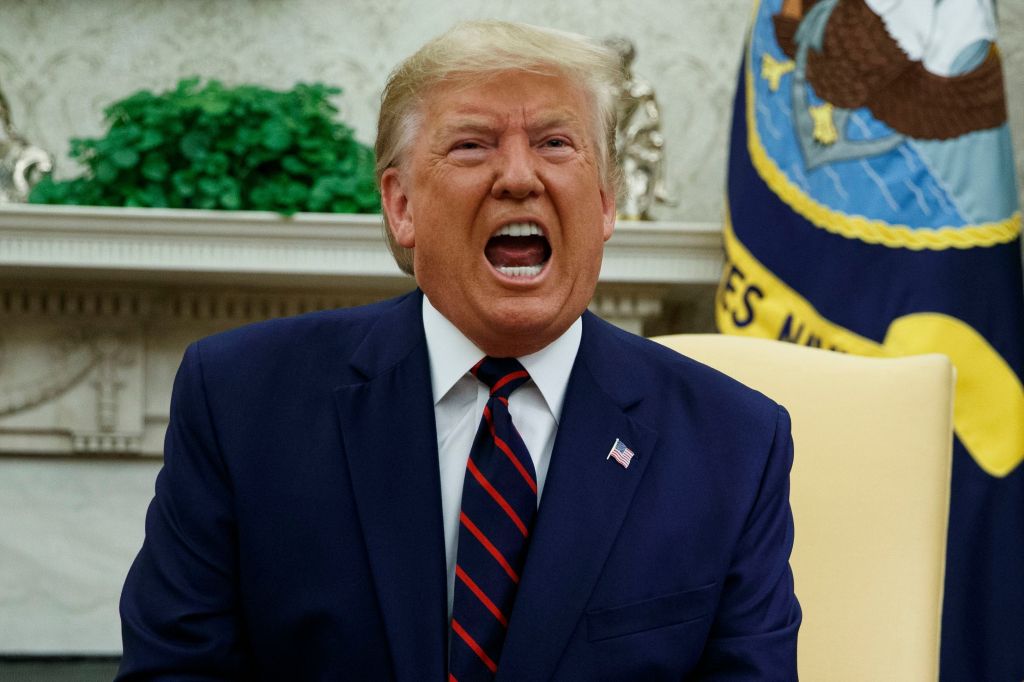 I have written several articles on our President Trump. A list of the links have been provided at the bottom of this article for your convenience. This article will, however address different aspects on President Trump’s Presidency.

There has been a lot of discussions about the temperament and personality of Donald Trump and whether or not it is appropriate for the position of US President. While it cannot be denied that he is outspoken and brash, he also has a very strong work ethic. He is also a great organizer. During the early days of the Ovid-19 Pandemic, he worked with many companies to increase production of critically low medical supplies and ventilators. He set up emergency response teams with medical and scientific experts and other professionals lead by VP Pence to fight the Pandemic, and eventually set up two more groups one for the production of a vaccine and the other for setting up protocols for re-opening America. He sometimes is a bad judge of character. He has put blind faith in several appointees only to later have to fire them for there poor job performance and some that refused to comply with his directions and policies. He shows incredible loyalty to those individuals that showed loyalty in return. For example he commuted Roger Stone’s prison sentence. When he makes promises he keeps them, or at least valiantly tries to do so, as long as Congress allows him to, that is. For example he said he would build a wall dividing Mexico and the United States. Well as we all know, it is being built, over 200 miles has been completed so far. I fear if he doesn’t get re-elected the wall will never be completed and what is standing will be torn down. What probably created the greatest furor is the promise he made in his 2016 presidential campaign to end corruption in Washington DC by “draining the swamp”. I believe this started the whole process of indicting and impeaching President Trump and any individual that had the audacity to support him. I feel that the politicians in Washington DC like the status quo. They are worried about losing their jobs and possibly be prosecuted for criminal misconduct. Despite his “divisive” personality and behavior, he has accomplished more in his first 3 years than most presidents have accomplished in their two terms.

President Trump is not the first president to draw criticism for unpresidential temperaments and habits. John Adams the 2nd president of the United States was know for his sharp and cutting wit, and even his policies were opposed by his cabinet. His stubbornness and independence caused him to become isolated politically. He was followed by James Monroe the 5th president who was known for his terrible temper. His temper was so volatile that he almost became in a duel with Alexander Hamilton, his Secretary of Treasury. John Quincy Adams the 6th president of the U.S. was not known for his skill in compromising. He failed to forge alliances in Washington, and as a result was unable to see his policies come into fruition. Andre Jackson the 7th President of the United States numbers among one of the most controversial presidents. He promised to make many changes in Washington. He was reviled by many Washington insiders. He was seen as intemperate, vulgar and even simple minded. He was considered to be the most unfit person to date serving as president. John Tyler the 10th president of the U.S. is historically listed among the worst U.S. presidents. He simply was unable to work with his own party. He violated all of his core campaign promises. His entire cabinet eventually resigned when Tyler vetoed 10 bills passed by the House and the Senate.

James Buchanan the 15th President is commonly rated as being one of the worst and least presidential presidents. He was apparently indifferent to the onset of the Civil War and referred to slavery as a matter of little practical importance. He was also a heavy drinker. Andrew Johnson the 17th President was incredibly arrogant, who likened his origins to that of Jesus Christ. Theodore Roosevelt the 26th President was considered by many to be a bellicose bully who was in love with himself. However, his accomplishments commonly outshine his personality limitations. Warren G. Harding the 29th President, was known for his extramarital affairs and even fathered an illegitimate child with one of his mistresses. He even referred to himself as “a man of limited talents.” He felt that he was ill equipped to be president. His presidency was riddled with corruption and scandals. John F. Kennedy the 35th president of the U.S. was a compulsive womanizer who had countless affairs while in office. Lyndon B. Johnson the 36th President was considered to be rude and overbearing, and was reported to even conduct business while in the bathroom with the door open. He commonly exposed his private parts to both sexes. He ate, drank and smoked to excess and was a competitive womanizer who reportedly had more affairs while in office than JFK. Richard Nixon the 37th President frequently used profanity and was critical of black Americans and the Jewish Population. He is considered to be the most disagreeable president. While he was know for his strong foreign policies, his domestic policies were handled in a cunning, callous, cynical and even Machiavellian manner. Bill Clinton the 42nd President of the United States was also know for his promiscuous behavior and was almost impeached for his handling of the Monica Lewinsky affair. He has been characterized as “hypomanic” where individuals are very ambitious, hard-working and creative, but are also known for loose sexual morals, have eating issues and problems with temper management.

Donald Trump 45th President is the most recent president whose behavior, speech and personality are considered to be unpresidential. He is considered to be a border-line narcissist. After evaluating the behaviors of several of our presidents, I believe that President Trump doesn’t even come close to some of these presidents. If President Trump was president before the advent of internet he wouldn’t even warrant a yawn. His behavior is minor when compared with LBJ’s or Harding’s behavior. I would rather have a president who is a little rough around the edges and who helps our country, than a smooth talking president Like President Obama whose only accomplishments were to nearly bankrupt our country, lose millions of jobs overseas and help to divide our country racially. He did get the health care bill passed which was an unmitigated disaster. So, when I am asked if President Trump acts Presidential, my answer is keep up the good work.